These WatchTheDuck Remixes Are ‘Poppin’ Off’ 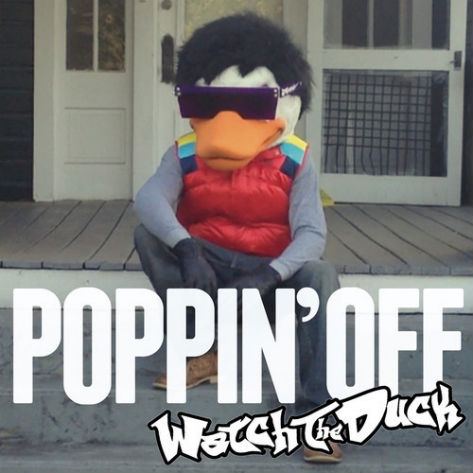 I randomly came across the group WatchTheDuck one day while channel surfing and landing on BET's 106 & Park. The video for their single "Poppin' Off" caught my attention and held it captive for the next few minutes. Between the live as hell party scenes, the Dragon House Crew's sick dancing and lead singer Jesse Rankins' gravelly voice, I was all in. Now WatchTheDuck's brand of gritty electronic hip-hop soul on "Poppin' Off" gets the remix treatment for an upcoming UK release from the likes of Zed Bias and Cadenza. The former gives the track a UK garage meets Baltimore club vibe while the latter adds some brushstrokes of early '90's house to the canvas. I never imagined this song with a house bounce, but I'm not mad at either remix as they are both worthy alternatives to the original. These remixes can be found on the Poppin' Off (Remixes) EP, on sale June 23rd in Britain.