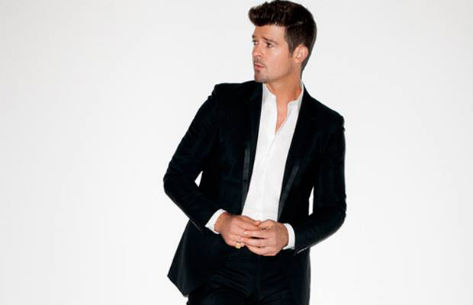 In a recent interview, Robin Thicke mentioned that his motivation for his upcoming album Blurred Lines was finding music that he and his wife Paula Patton could enjoy while dancing around their room. (I'm sure that's not all they did...) With his releases so far, "Blurred Lines," "4 The Rest of Your Life," "Give It 2 U" and the new "Go Stupid 4 U," I am sure he has accomplished this feat. It's great to see Robin put out more upbeat music with some great soul and hip-hop influences. For instance, the slick sample of Grandmaster Flash and the Furious Five's "The Message" in "Go Stupid 4 U" is a well-placed surprise. I have been looking for an album that I can put on and let it run its course, and thus far Blurred Lines seems like a top contender as an album that can cover the wide ranging vibes of a party -- from setting it off to the after set.