Jill Scott Should Be Singing Us A ‘Lullaby’ Later This Year

New music from Jill Scott is always cause for celebration, so the news that she has not one but two albums in the works is causing quite the commotion here at SBHQ. Jill visited the press room at last weekend's ESSENCE Festival where she spilled the beans on what we can expect from her in the coming months. The first album, The Lullaby, features input from Lil' John Roberts, Robert Glasper, Andre Harris and Derrick Hodge and is described as a "sleep aid" for both adults and infants. That doesn't sound like the album we would have expected from her to follow up the 2011 hit The Light of the Sun, however with a team like that involved I can't see how she can miss. Details on the second album were a little more scarce, but Jill did say that it would feature production from 9th Wonder as well as other artists she admires, and it will be "different on your ears," maybe signalling a change of direction for the Philly songstress. The Lullaby is slated for release later this year, with the as-yet-untitled second album to follow in 2014. 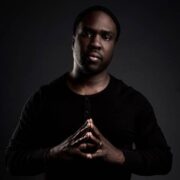