Laura Reed Urges You To ‘Wake Up’ 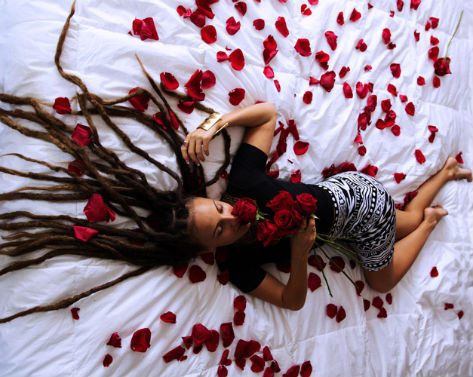 It's been over a year since we were introduced to the sweet voice of Laura Reed via her video for the song "Faith Not Fear," and now the singer/songwriter is ready to let her new work loose and is doing so exclusively on SoulBounce. We're proud to present the world premiere of Laura's new single "Wake Up," co-written and produced by Shannon Sanders, who has been on fire lately with his work with India.Arie, Anthony David and Algebra Blessett. Sanders lends his expertise to Reed and together they have crafted a finger-snapping, shoulder-shaking song filled to the brim with positive affirmations about love and the pursuit of it. Amy Winehouse comparisons will be inevitable due to the throwback bop of this track, but that's unfair to Reed who vocally has a sound all her own. The South Africa born, Raleigh/Durham bred and Nashville based talent counts Aretha Franklin, Stevie Wonder and Lauryn Hill as a few of her many inspirations and influences, and it's no question that soul is inherent in her work. "Wake Up" is the first bit of new music that we're hearing from Laura Reed, and we're not the only ones to take notice of this star on the rise -- the track will be featured on an upcoming episode of VH1's Hollywood Exes as well as in the feature film The Inevitable Defeat of Mister & Pete, scored by Alicia Keys. Needless to say, don't sleep on Laura Reed, and be sure to pick up "Wake Up" now on iTunes.