Robin Thicke Will Make You Say ‘Ooo’ With His Latest Leak 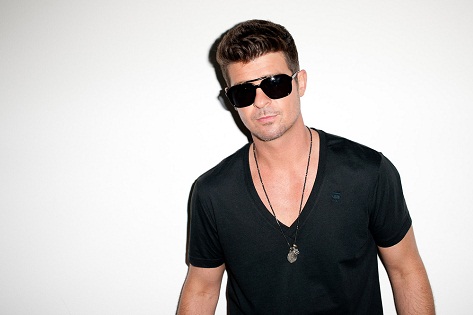 The unofficial, but very official, Robin Thicke week continues as yet another leak from his upcoming album Blurred Lines has surfaced. The '80s-leaning, mid-tempo R&B jam "Ooo La La" is a perfectly mellow number that finds Paula Patton's husband in his element. A concoction that's two parts El DeBarge's falsetto and three parts of a Michael Jackson-esque groove in his early '80s heyday, "Ooo La La" is smoother than Billy Dee Williams sipping cognac in silk pajamas. In other words, this cut is much more for the grown folks than "Blurred Lines" and "Take It Easy On Me." In fact, I can already imagine all the couples getting their step on to this joint, and I'm not mad at all. I don't know who this Robin Thicke character thinks he is, but he might be dropping the R&B album of the year in a little over a week.