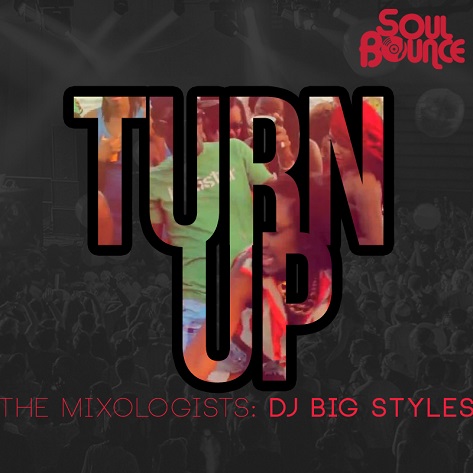 Just because the Fourth of July has come and gone doesn't mean that the summer party season is over. In fact, it's anything but over with house parties, block parties and impromptu jams all on the horizon. To that effect, we here at SoulBounce HQ have taken the liberty of lacing you with a soundtrack for your next summer jam with DJ Big Styles' Turn Up. The entire mix is packed front to back with familiar jams that have been reworked especially to make you sweat and newer cuts that are sure to keep you out on the floor. Starting with the choice Kaytranada remix of Amerie's "Why Don't We Fall In Love" that we put you on to earlier this week, the mix also features tracks from Teedra Moses, B. Lewis & Sango, Ciara, Miguel, J. Cole, Robin Thicke and many more. It'll probably be one of the best hours you've spent this week. If you're ready to turn up and show out this weekend, press play and let DJ Big Styles show you how it's done.

Amerie - Why Don't We Fall in Love (Kaytranada Remix)

Monica - All Eyes on Me (J-Lah Remix)

The Fugees - Ready or Not (D FACE Bootleg)