Home A Soulful Noise, I Was There, SoulTube 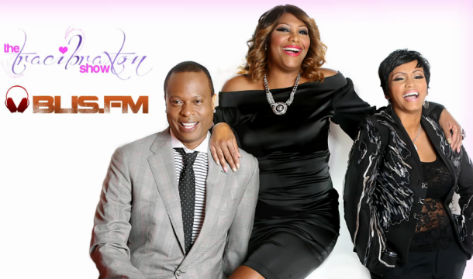 Last Saturday afternoon I had the pleasure of attending the launch of Traci Braxton's new radio show, The Traci Braxton Show, airing live from Studio 202 in Washington, DC and broadcasting to a worldwide audience tuned in via BLIS.FM. The first episode was a grand affair with Traci and her co-hosts The Fabulous Rodney Foster and Suge dressed to the nines -- and Traci looking especially fierce as she flaunted her new figure in a flattering lime green dress -- with WE tv cameras rolling to capture every moment of the special occasion for the next season of Braxton Family Values. Traci and the gang were definitely ready for their close-ups but what was most impressive was how natural she was behind the mic. She quickly overcame any first-time jitters and got into the groove as a slew of guests came through the studio or called in to congratulate her and chat it up on air.

Amongst those who showed their support were Traci's dad Michael Braxton, Sr. who was all the way turned up and fellow radio host and R&B superstar Raheem DeVaughn who welcomed Braxton to the BLIS.FM family and gave listeners the scoop on his upcoming albums. Yes, albums. There were two surprise callers who made Traci's day when they called in, sisters Tamar Braxton and Toni Braxton, who of course brought the comedy while showing their sis love. Aside from the celebrity guests, Traci took time to take calls from fans throughout the show, which had an excellent soundtrack of songs selected by radio vet Suge who also serves as the show's producer. 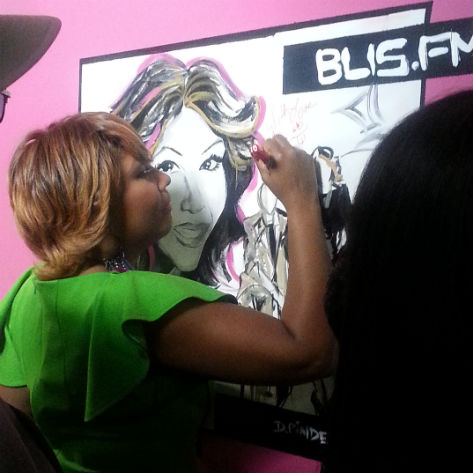 The two-hour inaugural episode of The Traci Braxton Show went by so fast that you truly didn't want it to end. And for those of us in the studio, the good times continued to roll. After the episode was a wrap, guests were treated to more fun with a presentation of a wall mural of Traci painted by Demont Pinder (the artist formerly known as Demont Peekaso). She made a sincere thank you speech that left more than a few eyes in the crowd misty, including her own. 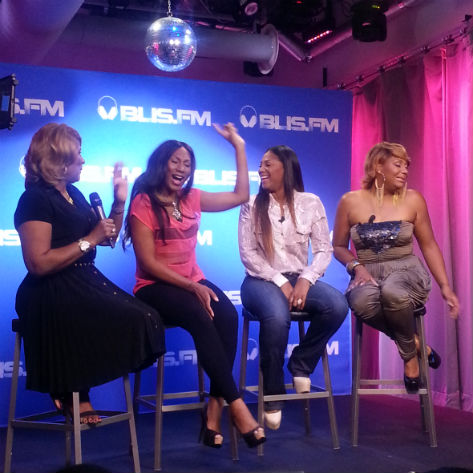 After the presentation and speeches were made, in-studio guests were in store for even more as we were ushered into the Studio 202 performance area for additional surprises. Traci changed into a smoking hot strapless jumpsuit and welcomed her sisters Trina Braxton and Towanda Braxton and mother Evelyn Braxton who joined her on stage to cut up as this family is known to do. Next up was a performance by Shanice Wilson who shut the studio down with her rendition of Minnie Riperton's "Loving You" and her signature hit "I Love Your Smile" before the launch event sadly came to an end. 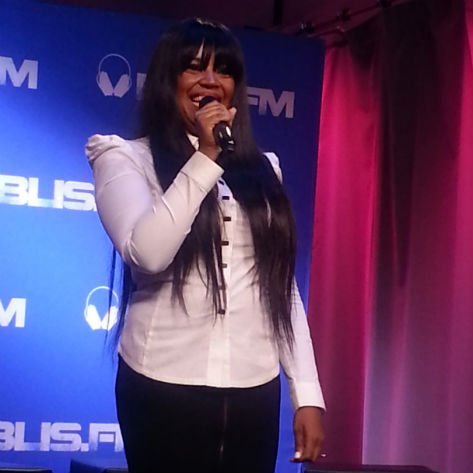 If you missed the first episode of The Traci Braxton Show, then you're in luck because you can listen at your leisure on BLIS.FM or watch the video below to see everyone in action. Make sure to tune in to The Traci Braxton Show each and every Saturday from 12 pm-2 pm EST so that you don't miss a thing. Yes, honey!