We ‘Don’t’ Want This Orgone & Tiffany Austin Track To ‘Stop’ 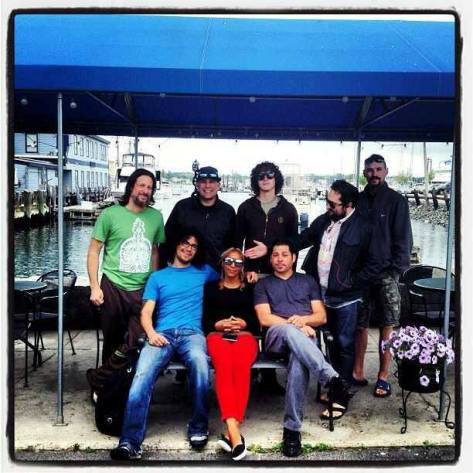 I've been a fan of LA-based funk outfit Orgone since discovering their outstanding 2007 breakthrough album, The Killion Floor, a few years back. Their always on-point musicianship has resulted in them gracing studio sessions for the likes of CeeLo Green, Alicia Keys, Estelle and Anthony Hamilton, but it's when they get to lay down their own tracks that the magic really happens. Typically, their material harks back to the '70s, the glory years of hard-hitting funk and hip-swaying soul, but on "Don't Stop," the lead single from their new album New You, the band add a dose of disco to the mix, which results in a sound similar to what the Brand New Heavies were delivering early on in their career. Infact, Tiffany Austin has more than a little N'dea Davenport about her, which is certainly no bad thing. New You was released yesterday via the band's own label and is available via the usual digital retailers.