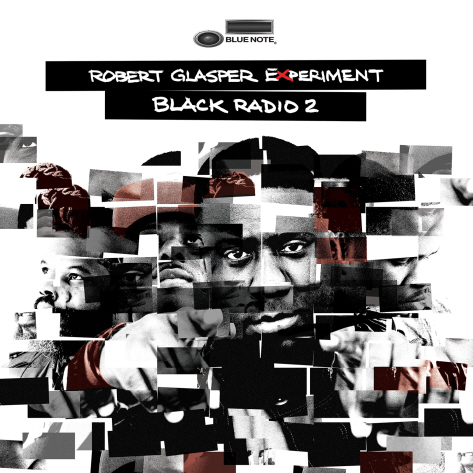 Saying that we here at SBHQ liked Robert Glasper Experiment's Black Radio project is a real understatement. We built a shrine with candles for it. We slept with it under our pillows to aid for soulful slumbers. We crowned it as the best album of 2012. We loved it. So you can expect we were popping the champagne and pulling out the limbo bar when news from the Glasper camp trumpeted that a second installment of the GRAMMY-winning Black Radio was underway. But we here at SBHQ are exploding in elation over the fact that we don't have to wait till next year to turn our dials for the sequel, as Black Radio 2 is to arrive in the very near future of October 29th. To add to euphoria, the roster for Radio 2 features some favorites and surprises as Brandy, Jill Scott, Common, Faith Evans, Emeli Sandé, Luke James, Norah Jones and Snoop Dogg Lion are just a smidgen of the guests involved this time out. With big shoes to fill, and as much as I have qualms about sequels, Black Radio 2 sounds to be just as special as the first, maybe even better. We'll see if Glasper and company can repeat success by the end of the year, but for now peep after the bounce to view the full tracklisting and guest roster for Black Radio 2.