Demetria McKinney & Musiq Soulchild Give Us Something To ‘Believe’ In 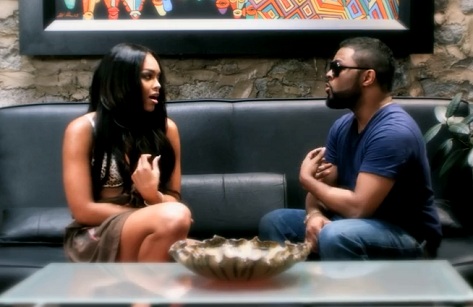 Due to my allergy to any and all things Tyler Perry, I wasn't familiar with actress and singer Demetria McKinney, who is perhaps most well known for her role on his sitcom House of Payne. However, one thing I'm not allergic to is talent, and Ms. McKinney has that in spades. Demetria is set to star in the upcoming TV movie In the Meantime alongside Musiq Soulchild (who will be making his acting debut in the film), so it was only fitting that the twosome collaborated for the lead song to the film's soundtrack, "Still Believe In Love." The positive message of the song (staying open to love even after it hurts you) is further explored in the video as the two playing a couple going from breakup to make up over the course of the three-minute clip. Demetria and Musiq's voices work very well together in the duet, and their scenes show a great chemistry, though it remains to be seen if the same can be said of the film. We'll have to wait and see when In the Meantime airs on UP Network on September 7th. In the meantime in-between time, you can watch "Still Believe in Love" right here and pick up the song right now on iTunes.