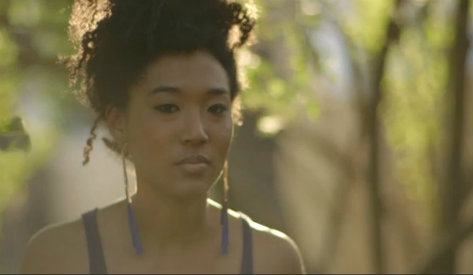 Although its been several months since season four of The Voice wrapped, I'm still a bit in my feelings about Judith Hill's premature exit from the competition. While I may never get over thinking she was robbed, I can at least still enjoy the singer's voice thanks to her new single "Desperation." Taken from the documentary 20 Feet From Stardom, which focuses on the often unseen background vocalist, "Desperation" is an inspirational ode to the thankless occupation. Hill, who is most popularly known as one of the vocalist on Michael Jackson's fateful This Is It Tour, delivers the same type of powerhouse performance that had The Voice judges vying for her to join their team. Written and performed by Hill, the song can be a source of inspiration to anyone needing an extra push. The video shows glimpses of other longtime back-up singers such as Darlene Love, Merry Clayton,Lisa Fischer and more as they sing their hearts out. The acclaimed doc, which premiered in January at the Sundance Film Festival, was released this past summer in select theaters. If you're like me and sadly nowhere close to any of the theater showings, then you'll just have to bide your time until the film gets a DVD release. In the meantime, we can at least enjoy this brief, but poignant glance at the dedication and grind that goes into making our favorite artists sound good. To learn more about 20 Feet From Stardom and to find out if its playing in your neck of the woods, visit the website for more information.