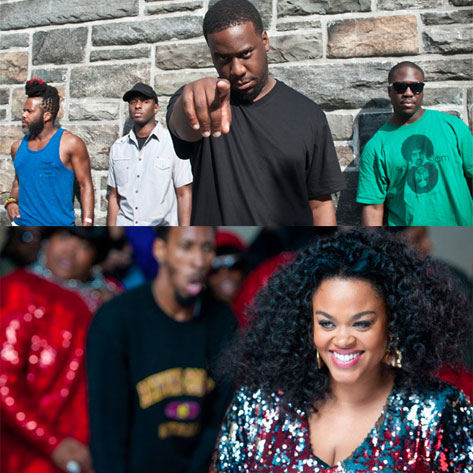 What better way to start the week than with your first taste of the rabidly anticipated sequel to the Robert Glasper Experiment's 2012 GRAMMY-winning gem (and our 2012 Album of the Year) Black Radio? On "Calls," Jill Scott croons in her freewheeling style about a considerate, attentive man on a soothing bed of Glasper's organ-like keyboard and Mark Colenburg's slow-jam-by-marching-band drums. It may not be the boldest statement to announce Black Radio 2, but it's a great way to set the mood for what's to come. Hit play and let this hold you over until the album's October 29th release.

TAGS:  audio, jill scott, Mark Colenburg, robert glasper, robert glasper experiment
Previous: Morning Soul: When You Are Weak, I Will Be Strong Next: Terrace Martin Walks Us Through ‘No Wrong, No Right’