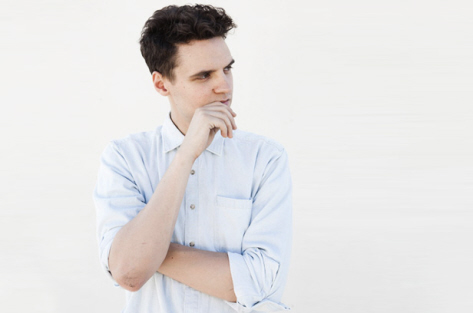 Robin Hannibal's alter-ego Bobby is back at it and docile he is not. In a complete contrast to the lounging R&B love letter of this year's "More Than Just A Friend," his latest release "Tame The Shrew" is brimming with neon electric synthesizers that capture an early '80's funk vibe that might recall, to some, his work with the Parallel Dance Ensemble and is mighty hard to sit still with. Seriously. I dare you to be immobile when you press play as this is some funk that won't let you down, much less have you sit down. Even though I've enjoyed Hannibal's other day jobs with Quadron and Rhye this year, him letting Bobby come out to play is an added bonus added to what has become quite a banner year for the Danish multi-instrumentalist and producer. Listen to your new weekend party starter right here.


TAGS:  audio, Bobby, robin hannibal
Previous: ‘Say What You Want,’ But We Think Breen Is One To Watch Next: Yela Gives Us ‘One More’