Shaggy & Ne-Yo Only Want ‘You Girl’ 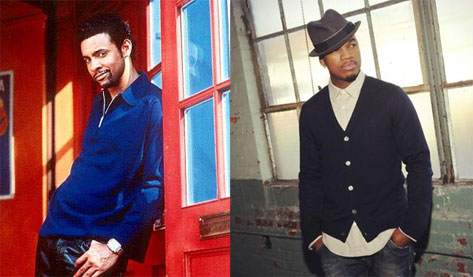 Not only are artists who haven't been heard from in a while coming back with full force in 2013, but so are genres of music that have taken a tumble off the charts in recent years. Since the top of the year alone we've seen the return of disco at the skillful hands of Daft Punk, soulful house gain notoriety again thanks to acts like Disclosure and a killer New Jack Swing track courtesy of Bad Rabbits with NJS maestro himself Teddy Riley 25 years after the genre was born. Reggae music is also on the uptick, and we have some new music from Shaggy to roll out the welcome wagon for. Mr. Boombastic himself teams up with Ne-Yo on the track "You Girl," a body roll-inducing love song that finds the fellas serenading a lucky young lady about how wonderful she is. Ne-Yo sings sweetly about sunshine, flowers and the reason his heart beats on the hook while Shaggy rubs things up with his distinctive rap-singing about her good loving. "You Girl" isn't the only thing to celebrate as this year also marks the 20th anniversary of Shaggy's debut album Pure Pleasure. Look out for more newness to come when the album Out of Many, One Music produced entirely by Sly and Robbie and featuring a slew of guests drops on September 24th.