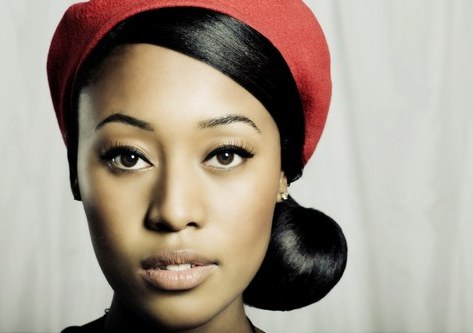 I'll admit I'd all but forgotten about quirky British pop singer V V Brown, despite her 2009 debut Traveling Like The Light being a solid, soulful affair. She bounced back on to my radar a couple of years back when news of her follow-up album Lollipops & Politics surfaced, but that album was eventually shelved. Now going the indie route, Brown is set to release a new sophomore effort, Samson & Delilah, on October 8th via her own label, and this time she has The Invisible's Dave Okumu on board as co-producer, a good look after the magic he worked on Jessie Ware's Devotion. The album's first single "Samson" was a dark, brooding affair that I'm still not completely sure how I feel about, but the album's second single "The Apple" has more of a sophisti-pop/dance sound that may well draw comparisons to Ware. Get a taste of V V performing the track live after the bounce.