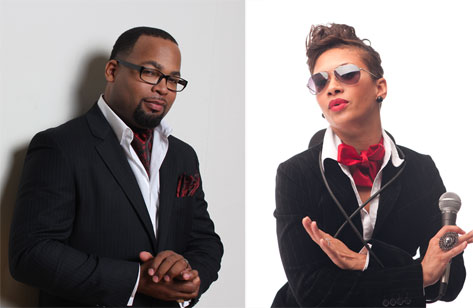 We haven't heard much from Brandon Williams (aka the artist formerly known as B. Williams) for a long minute, but quiet doesn't mean dormant. In Brandon's case, the GRAMMY nominated/Stellar Award-winning producer/composer/arranger/multi-instrumentalist has been hard at work on his debut album, and we will get to hear the fruits of his labor when XII is released in spring 2014. XII is shaping up to be a big deal with guest appearances from Robert Glasper, Dwele, Debórah Bond, Choklate, Karriem Riggins, Mike Phillips, Frank McComb, the late Don Blackman and many more artists lined up. Also included on that talent-heavy roster is songstress Jean Baylor who contributes her talents on the lead single "Stronger," which SoulBounce is proud to world premiere.

Written and produced by Brandon, Jean and her husband Marcus Baylor, who also holds it down on drums, "Stronger" is a heartfelt ballad about the ups and downs of relationships and holding on through it all. Jean sounds as beautiful as always, and this is a lovely introduction to what else Brandon Williams has in store on XII. Brandon is giving away this song for free for a limited time only via his website, so be sure to pay his online home a visit to download this romantic gem.