‘Dont’cha’ Want To Hear Something New From The Internet? 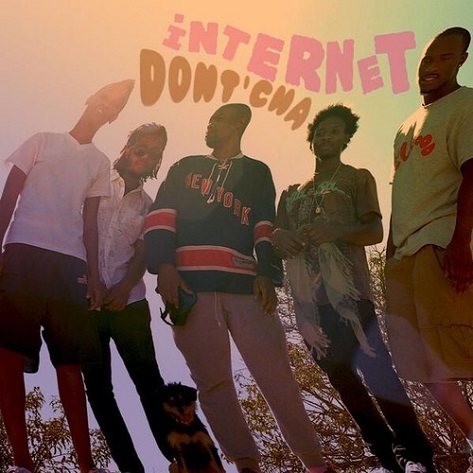 When it comes to hearing good new music, it's often feast or famine. While a good bit of the summer went by without much fanfare (though there were some really important blips here and there), it seems the encroaching autumn weather is bringing with it a bumper crop of musical goodness. The Internet, who just returned to bless us with their hazy refix "Partners In Crime Two," are back less than a week later with "Dont'cha," the first official single from their upcoming album Feel Good. Riding on an '80s-inspired rhythm guitar and synth bass groove, the song features vocals by Syd the Kid and co-production by The Neptunes' Chad Hugo. While definitely throwing back to a sound that The Internet established with their Purple Naked Ladies debut, the song shows how the crew has expanded upon their sound. That especially goes for Syd, whose voice has gotten stronger and more textured in the interim between projects. And that confidence shows in the song's accompanying black-and-white video, which is full of style and swagger to back up all of the talent on display here. Feel Good might just be one of the best things coming this fall. Check out "Dont'cha" below, and peep the song's video (in which Chad Hugo makes a cameo) after the bounce.


TAGS:  audio, chad hugo, Syd The Kyd, The Internet, the neptunes
Previous: Active Child & Mikky Ekko Are Far From ‘Subtle’ Next: G&D Get Caught Up In ‘Timeline’