Is This New Sharaya J Vid A ‘Smash’ Or A Pass? 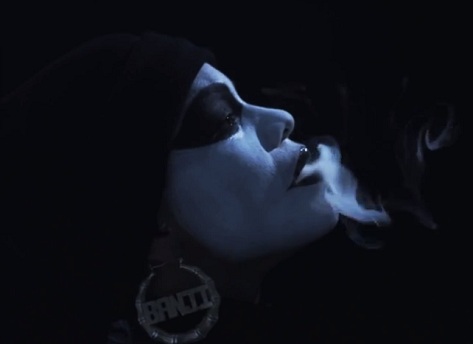 When we were first introduced to Missy Elliott protégé Sharaya J a little over six months ago, she was telling us what being "BANJI" was all about. She now returns with another video and single, "Smash Up The Place." Themed loosely after the film Dead Presidents, the clip finds Sharaya and her Banji Babes planning some type of heist (though they don't really show any of the action of the heist in clip). After they get through with that business, though, the clip is all about Sharaya and her crazy dance skills in various '90's styled fashions. The '90's references are appropriate, as "Smash Up The Place" finds the aspiring raptress borrowing her flow from Das EFX for the majority of the track. And while "Smash" is a very good track, at the end of the video she also gives us a taste of another single, "Snatch Yo Wigs," which flips Bell Biv Devoe's "Poison" into a club banging bad chick anthem. While her style might be just a tad gimmicky (though not any more than a certain schizophrenic femcee), I must say that I'm really digging what Sharaya J is offering up and can't wait to see where Missy ultimately takes her.