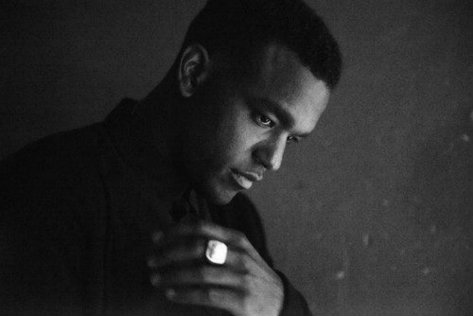 I don't know Luke James from the next man, but he seems like a sweetheart. A fine, chocolate-complexioned, honey-voiced sweetheart. The type that would break your heart, but still hold you tight and wipe away your tears as he says his goodbyes. That's exactly what it feels like is going on in his new single "Love No More." I'd hate to be on the receiving end of this one. Mr. James has found himself in the difficult position of choosing to leave a relationship after the love has gone. Through the flawless falsetto he delivers, you really feel every inch of his angst. He doesn't really want to hurt the one he loves, but he simply can't continue on when he's no longer in love. Maybe it's just me, but I pick up hints of a Prince influence around the chorus (think "The Beautiful Ones"), which heightens the emotion. This song has me feeling some type of way, and I may need a moment just to deal with that. Although this one is mildly depressing and may or may not have caused me to slow rock in a corner for a few moments, I love songs that tell a story and make me feel something. Sometimes I forget what that's like. But, this is just one of the many things Luke is good at. I still have no idea when we'll actually see the release of his debut album Made to Love, but it's good to see he has hasn't totally left the people waiting with no reward.