Mack Wilds Will Have You Falling For ‘New York: A Love Story’ 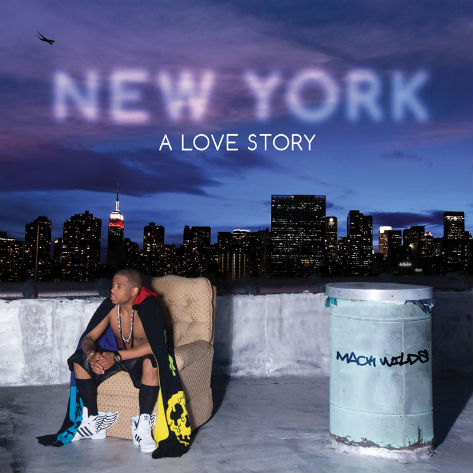 The more that I hear from Mack Wilds, the more that I love what I hear. Believe me, no one is more surprised about that than I am, but after listening to his album New York: A Love Story in its entirety, I can't fight the feeling. The actor-turned-singer's debut may not drop until September 30th, but the album has been streaming online for a few days and it's better than solid -- it's downright impressive. Even tracks that I was initially just so-so about, lead single "Own It" and "Wild Things" featuring Method Man, have grown on me within the scope of the album and the love at first listen that I felt for "My Crib" has spilled over to songs such as "Keepin It Real" and "Don't Turn Me Down." And those are just the five songs I've mentioned from the 13-track collection.

Mack puts on for his city on NYALS with a slick mix of R&B with hip-hop soul swagger. He flows from uptempo bangers where he might even spit a few bars to bedroom-ready slow burners where flexes his falsetto and even flips the script on a remake of Michael Jackson's "Remember the Time." Who knew that Tristan Wilds had all this talent under wraps? His guest artist roster also includes Raekwon and Doug E. Fresh and Salaam Remi and DJ Premier on production. I am shocked and awed at this album, and you might be, too. Listen to New York: A Love Story right here, and pre-order on iTunes now if you're digging it as much as I am.