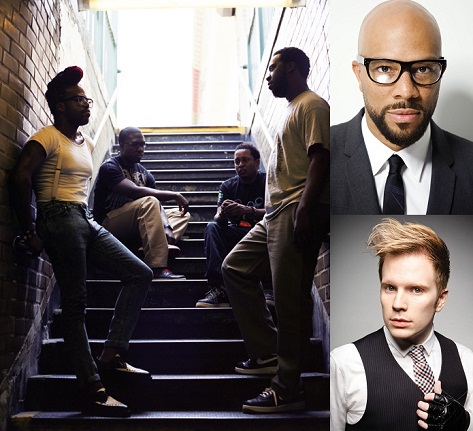 Up until now, the only taste we had of Robert Glasper Experiment's upcoming follow up to Black Radio 2 was the Jill Scott-featuring slow jam "Calls." For our second preview of the set, the group gives us something to make us think with "I Stand Alone." Featuring two of Chi-Town's finest, Common and Patrick Stump, the introspective track finds Com contemplating his life as well as the world around him. The choice to have Stump, typically known for his work with pop punk band Fall Out Boy, to anchor the chorus is an interesting one. However, while Patrick is talented in his own right, I'm not exactly sure if he was the best choice to sing it, as it veers a little to far toward the Velveeta side of things. Luckily, Robert's moody, piano-heavy instrumentation, Com's rhymes and a sample of a Michael Eric Dyson speech balance it all out. Overall, it's not exactly a home run, but it's not a trainwreck either. Take a listen, and let us know if you agree.