Deep Cotton Fix Us Up With ‘Runaway Radio’ 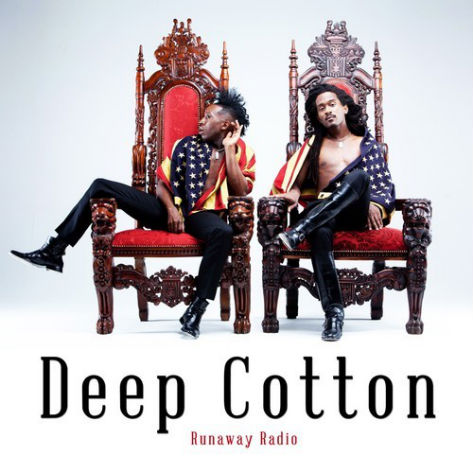 If you haven't been able to guess by now, we here at SBHQ are kinda infatuated with all things Janelle Monáe (if you don't believe us, just check our Twitter account for a tweet recap of her show last night in Washington, DC). And that love extends to her Wondaland Arts Society family. Eclectic duo Deep Cotton -- fronted by Chuck Lightning and Nate "Rocket" Wonder who happen to have their own show tonight in DC -- are an example of the talented company that Ms. Monáe keeps. The twosome channel '60s rock, funk and soul along with a bit of new wave and punk and infuse it all with some modern flair on their latest "fixtape" Runaway Radio. Consisting of five full-length tracks and two short interludes, the project is a heady trip that often surprises. It starts off with "We're Far Enough From Heaven Now We Can Freak Out," our introduction to the group, and moves to the James Bond-ian spy funk of "The Reanimator." From there, they delve into the P-Funk waters with "Fork 'N Knife" before testing out new wave and post-punk with "Milk Dies" and "Runaway Radio." Though the project does its fair share of genre-hopping, it still manages to seem relatively focused, perhaps united in the group's efforts to stay as unique as possible. Runaway Radio is available as a free download via the group's website (where you can also take a gander at the EP's trippy liner notes). Give the entire set a spin after the bounce.
Center