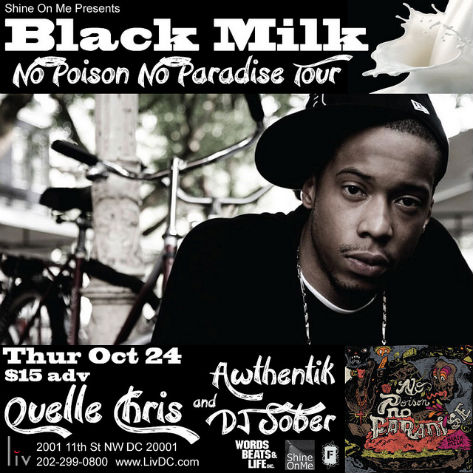 I haven't been lucky enough to see Black Milk in concert, but from what I've heard he puts on one hell of a show, and right now he's putting on across the country on his No Poison No Paradise Tour. One of his tour stops this week will find him back in the DMV area for a show at Liv Nightclub on Thursday, October 24th. Tickets are on sale now and flying to see him and his band Nat Turner bring some hip-hop flavor to the stage with Awthentik, Quelle Chris and DJ Sober also holding it down. DMV hip-hop heads will also be glad to know that we've been given two pairs of tickets to give away, and all you have to do to enter to win is to fill out the entry form after the bounce.
Center 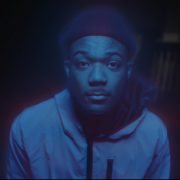