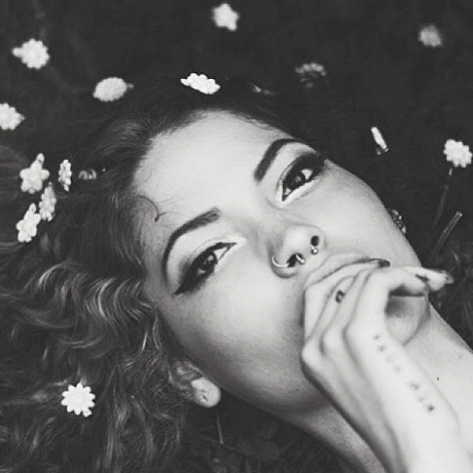 You could write off Maxine Ashley as yet another girl who happens to have a YouTube account and does cover songs while sitting in her bedroom, but that's sort of minimizing things. I have a YouTube account, but you wouldn't want to hear me try and sing a damn thing, so I'll leave it to professionals like Miss Maxine, who blazed through a cover of Portishead's "Glory Box" and found herself raking up several million viewers on her channel, and drawing interest from none other than Pharrell Williams and Kerry "Krucial" Brothers, the latter whom signed her to his Krucial Noise label. Now that is what I call an overnight success story.

In reality, the Bronx native is still putting her dream in motion as she has recently released her debut EP, the aptly titled Mood Swings. She's in good hands as Brothers supervises on production duties and even Pharrell wedges in (on the popping "Perpetual Nights"). Still, Maxine proves that covers aren't her only stitch, as she genre hopscotches from doing atmospheric R&B ("By Your Side") to straight-up funky house jams ("Here We Are") and finding footing in these original pieces. To get in the swing of things and get acquainted to Maxine Ashley, take in the stream below and download the mixtape for free here.