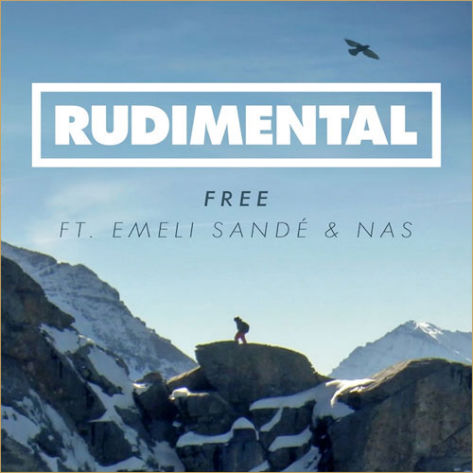 British electronic music quartet Rudimental has been hot like fire this year with their debut album Home that topped the charts in the United Kingdom this past April. They continue their campaign for stateside domination with the uplifting single "Free" featuring Emeli Sandé, which has gotten the remix treatment thanks to the ethereal flow of Nas. I have always thought that amongst all rappers, Nas' tone and flow adds the most substance to a rap-sung collaboration. He always brings a taste of classic, respectable hip hop to whatever he touches. The remix with Nas debuted over at Jay Z's Life + Times and brings together the best qualities of Rudimental, Nas and Emeli Sandé. The combination is infectious.

Also released this week is the music video for the original song that features stories of two individuals longing to be free: a bullied boy who is fascinated with a man who trains birds and a young adventurer preparing for a death defying wingsuit flight. Flying is the definition of freedom, and it felt good to let my imagination soar for a few minutes while viewing these visuals.