Jennifer Hudson, Forest Whitaker & Jacob Latimore Give Us Something To ‘Be Grateful’ For 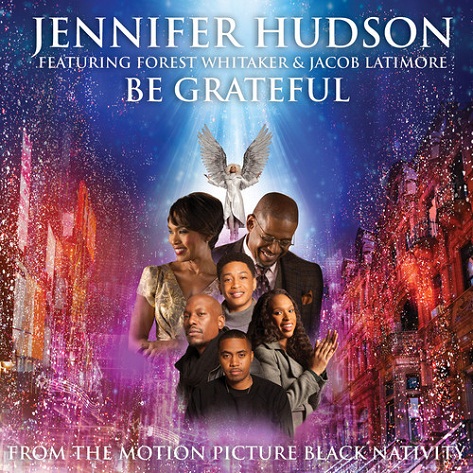 Though October has just started, holiday movie season is already upon us and that means that we'll be hearing a lot of the holiday-themed songs from the soundtracks in the coming months. Luckily for those of us who aren't fans of holiday music, the first single from the soundtrack to the holiday musical Black Nativity leans more toward traditional gospel. Jennifer Hudson enlists the help of her fellow co-stars Forest Whitaker (yes, you read that right) and Jacob Latimore to perform their own version of gospel staple "Be Grateful." While JHud is clearly the star of this particular story, Forest surprisingly delivers a decent vocal that holds its own against Jennifer's powerhouse second verse. As well, Jacob Latimore shows off his star potential as the song picks up its pace toward the end, with him running toward the finish. If the rest of the soundtrack continues to avoid the typical Christmas cheer, then it might just make it into my album collection after all.