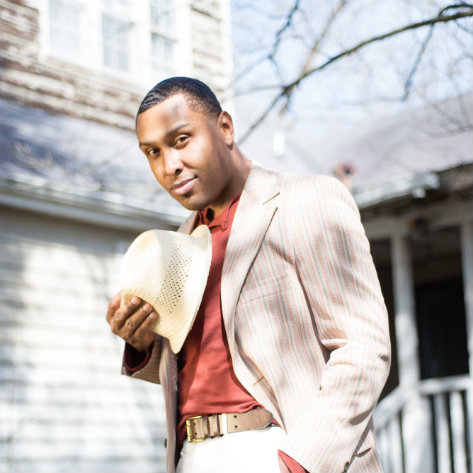 I played Noel Gourdin's Fresh: The Definition so much after it was released in 2011 that I'm just now able to listen to the album again. Even when it comes to music, there is a such thing as overdoing it, and overdoing it I did. But, for a reason I couldn't exactly pinpoint, the album really resonated with me. Maybe it's because his music made me believe in his picture of a southern gentleman in a lifelong pursuit to create music that speaks to the hearts and souls of people of all ages.

With his next album, City Heart, Southern Soul, slated for release on January 28, 2014, he promises to deliver more of what I personally loved on Fresh by providing the same level of quality music that we've come to expect of him. Mr. Gourdin has said that the new album "is a reflection of all the great soul artists of the past that inspired me to make retro-relevant records. I strived to stay true to the organic and authentic feel that I've always wanted my music to encompass."

If you're curious about how all of that will translate to the music, he has already given the world a taste of his upcoming sounds. "Heaven Knows" is the album's lead single and deals with a relationship's outside influences and the effect that can have on the union. "FOXXXY," enjoys a top 10 spot on UK's urban radio soul charts and "Don't You Wanna," was recently featured on VH1's Love & Hip Hop Atlanta.

Noel goes on to say, "when I leave the industry my musical legacy is what I want to be remembered for...Timeless, Real and Soulful, music." Having been influenced by the likes of Marvin Gaye, Otis Redding and Johnny Taylor and proven his capabilities and dedication to his vision on his first two albums, I have no doubt that Mr. Gourdin is readying yet another album that I will play out until it reaches the digital equivalent of a warped record.