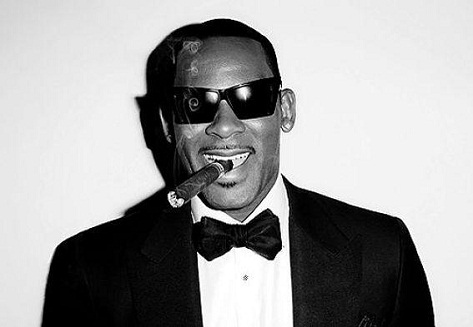 There's freaky and then there's lecherous. R. Kelly has, for the most part, has been able to walk the fine line between the two quite well. However, when he crosses that line, he does it big. That pretty much sums up what's going on with "Cookie," his latest leak from the upcoming album Black Panties. Where previous release "Genius" found him singing about sex in an inviting way, "Cookie" is perhaps one of the unsexiest songs about sex ever. While I'll leave you to figure out what exactly "cookie" is a euphemism for (hint: it's exactly what you think it is), I will say that more and more Mr. Kelly is starting to sound like one of his chief biters: The-Dream. From its ratchet beat and lazy lyrics to the tedious raunch of the entire affair, it's all just too much. Perhaps his core audience will be down to turn up with the self-proclaimed Cookie Monster, but I'm more inclined to turn the volume on this one all the way down.