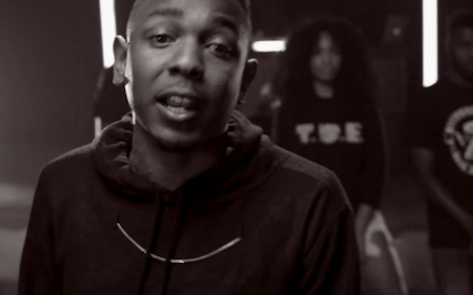 The highlight of the BET Hip Hop Awards 2013 is always the grungy, shot in a warehouse somewhere, black-and-white filtered cyphers. This year, 35 MCs from all over the country battled it out with enough rhymes to have your head spinning.

Laced with beats from DJ Mr. Choc, DJ Premier and DJ Drama, what crew had the best cypher? Top Dawg Entertainment (TDE), Slaughterhouse, A$AP Mob, Jon Connor and friends, and Lil Kim and her crew came with a lot of swag, slick talk and all boasted no other MC had anything on them. An honorable mention goes to the Real Husbands of Hollywood cast. Surprised that some of them actually made it through 16 bars, hilarity ensued with a shirtless Kevin Hart aka Chocolate Drop guided the crew to winning best comedic raps. Chocolate Droppa's lyrics, "I'm mad, I'm glad, at the same time feeling all sad," showed his lyrical prowess.

But in real life, TDE was indeed at the top as Kendrick Lamar stood back and waited his turn to unleash his rage. Frankly, the other crews didn't stand a chance once Kendrick started spitting with lyrics like "I'm the master that masturbated on your favorite emcee." He ended his tirade (which included a shot at Drake) by crowning himself King Kendrick. Watch TDE thrill and kill right here, and check out other memorable lyrics and rhymes from last night's show on BET.com.