Stream The Festive Sounds Of ‘The Best Man Holiday’ Soundtrack 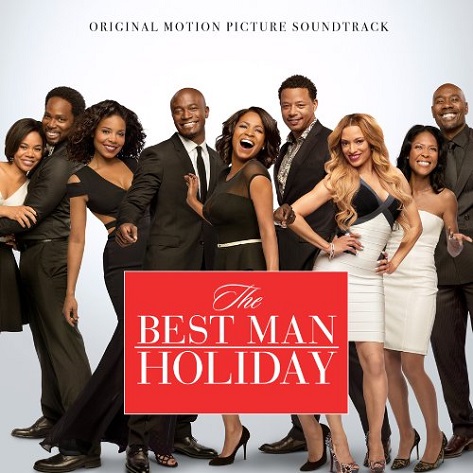 Have you been dying to hear the soundtrack to The Best Man Holiday ever since we revealed the album's tracklist? Was Charlie Wilson's single "I Still Have You" not enough to satiate you? Do you want to see just how R. Kelly can yet again repackage "Step In the Name of Love" with another name and call it new? If you answer to any of the previous questions was a resounding "Yes," then we've got a special treat for you. The folks over at RCA Records have put up the entirety of The Best Man Holiday Original Motion Picture Soundtrack for streaming a full two weeks before the album's release date. That's right, you get to hear your favorite R&B artists like Monica, Mary J. Blige, Fantasia, Mario and Ne-Yo deliver their takes on Christmas classics and originals right now. You can also hear an...um...interesting take on Stevie Wonder's "As" by soulsters Anthony Hamilton and Marsha Ambrosius. While there are many tracks here that will make my family's holiday playlist (as I've said several times, I don't particularly care for Christmas music), there are a handful moments here that don't exactly live up to the quality that was exemplified on the original The Best Man's soundtrack way back when. But I'll let you guys be the judge when you hit the bounce and stream the whole shebang.
Center