We Can’t ‘Wait’ To Hear More From Mapei 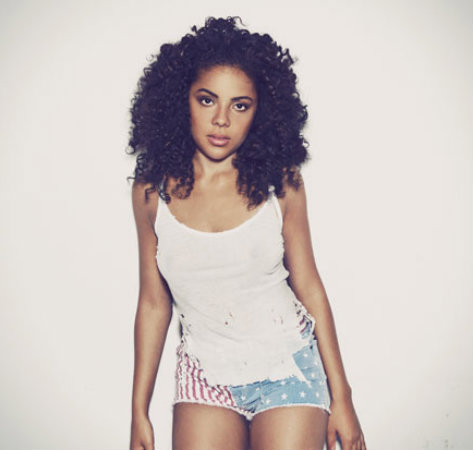 If SoundCloud had a limit on the number of times you could play a song, I surely would've hit it with my repeated plays of Mapei's "Don't Wait." The production is delicious -- the rumbling bass with a multi-layered digital vocal effect underneath Mapei's strong, self-assured vocal make for an interesting, but addictive combination. She describes it as "21st-century gospel/doo-wop" which is enough to make you listen, because what exactly would that sound like? Born as Jaqueline Cummings and raised in Rhode Island and Stockholm, Sweden, Mapei cut her teeth as an underground MC and experienced her first hit in 2007 with "Video Vixen." "Don't Make Me Wait," though, takes her sound to an entirely new level. I'm slightly annoyed that it isn't available for immediate download, but it seems we'll all get our chance to support the artist when the single is officially released on November 5th. Her album, to be released by Downtown Records (Gnarls Barkley, Santigold), is supposed to drop sometime next year. What you can do immediately is press play and repeatedly enjoy this Magnus Lidehall production.