Gizmo Cools Down The ‘Fun’ Of Cyndi Lauper’s ‘Girls’ 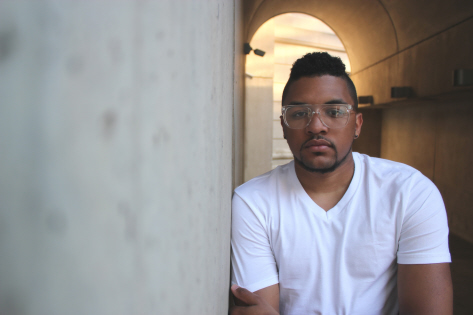 Cyndi Lauper's 1983 debut She's So Unusual is a quintessential pop classic in my humble little opinion, and one of the album's anchoring numbers is the top 10 smash "Girls Just Wanna Have Fun." Not only did the track spark the appeal of Lauper's technicolor n' tulle personality, but its girl power panache mixing with such seamless and infectious lyrical structure is just all around hard to have sour grapes about. For producer Kenneth "Gizmo" Rogers, dismantling the electric fizz of the pop classic for his upcoming EP The Middle is an odd and challenging choice, but he doesn't flinch with his refix as he turns such a festive song into quite a meditative mood piece. With sonic guitars and jazz minded piano, Gizmo meets in the middle of where Robert Glasper and Van Hunt stand, and the textured layers all unfold into a manic frenzy by climax time, adding to why this is quite a bold and inventive rework worthy of a listen or two. [H/T: OKP]