Have A Slice Of Jesse Fischer & Sly5thAve’s ‘Watermelon Man’ 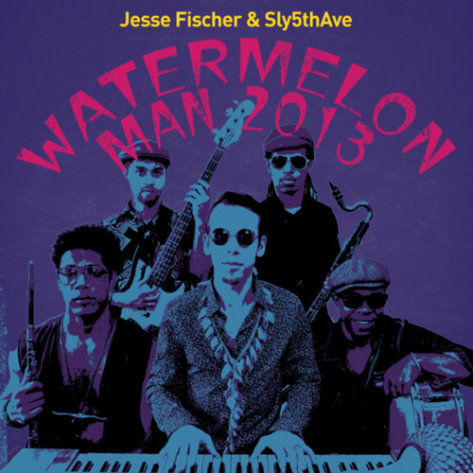 It's been 40 years since Herbie Hancock released his definitive album Head Hunters. His twelfth studio album, Head Hunters was ranked as one of Rolling Stone's 500 greatest albums of all time and was added to the Library of Congress' National Recording Registry. To celebrate the release's 40th anniversary, Brooklyn-based Jesse Fischer has teamed up with fellow musician Sly5thAve to pay homage to Hancock and his Headhunters band with a tribute concert in Brooklyn on Monday, December 2nd. The event is billed as Vein Melter and borrows its name from the song featured on the original album. To kick things off, the duo has released an updated redux of one of the album's most career-defining songs, "Watermelon Man." While it sticks pretty close to the version that appeared on Head Hunters (Hancock had initially released a different version of the song in 1962), it gets a contemporary spin thanks to Fishcer's hip-hop-tinged drum programming. Both the single and event artwork are a nod to Head Hunters' original African-inspired album cover. A fitting tribute to such a classic work, Fischer and Sly5thAve's version is available for free download. If you're in the New York City area, then find out more about the concert on Facebook.