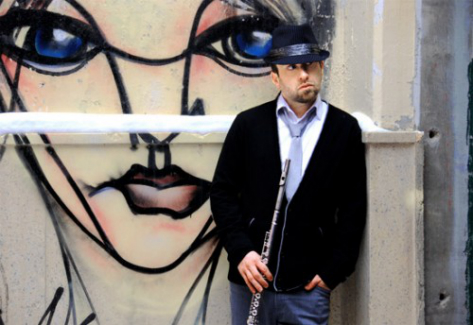 Toronto based flautist Jef Kearns has set himself a mission: To see the flute repositioned in the world of urban music as an instrument that can sit readily alongside the more usual horns found therein. 2009 saw the release of his debut album On the Level and November 19th saw the release of his sophomore collection Soulfisticated. One of the tracks from the new album is "Saturday's End," which features beats courtesy of Slakah the Beatchild and vocals from Divine Brown. Neither of those let Jef down (do they ever?), but I guess the $64 million question is whether the flute sounds "right" on a funky soul record. And that will all come down to a personal feeling about whether the flute can be reclaimed in this way. For me, the mixture of hard, funk beats and floating flute is too jarring and doesn't work, but beauty is in the ear of the beholder, so have a listen and see what you make of Jef Kearns' crusade.