Jill Scott Shows Sydney Just How ‘Beautifully Human’ She Is 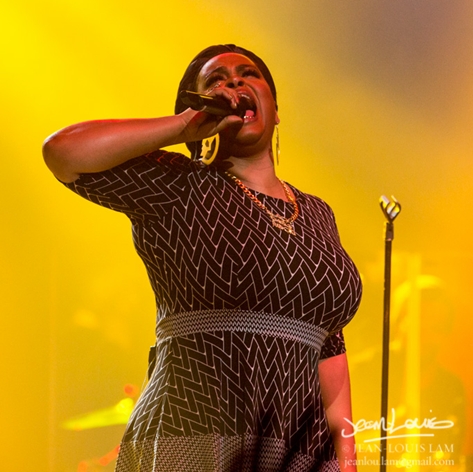 There was an energy in the air on Saturday night in Sydney, Australia. While the energy may not have been tangible, the anticipation was clearly visible on the faces of Sydney's soul set. The reason for this was because they all came together for one very special, intimate evening with the incomparable singer Jill Scott at the Enmore Theatre presented by IEG.
Center

Setting the night off was Sydney based duo Jones Jnr. They have expanded into a three-piece unit, complimented by the tones of the trumpet, and delivered a set that was full of soul and life. Singer Ev Jones bounced all around the stage, making use of all that often underutilized space and filling the room with his warm vocals, while DJ Morgs provided the beat. As the crowd grew, the guys kept on giving them what they needed to tide them over until the arrival of Jilly from Philly.

As the sold out Enmore Theatre darkened, Jill Scott took to the stage. Opening with "It's Love," Scott was both endearing and powerful. Her band was tight and she was effortless in her delivery. That vocal tone that fans have come to find comfort in throughout her long career felt like a hug from an old friend that they hadn't seen in a while. Although, in reality we hadn't seen Scott here before as this was her first time Down Under, the overwhelming response of the crowd to her every note made that abundantly clear. It was a long overdue visit, and the crowd was overjoyed to be experiencing this show. 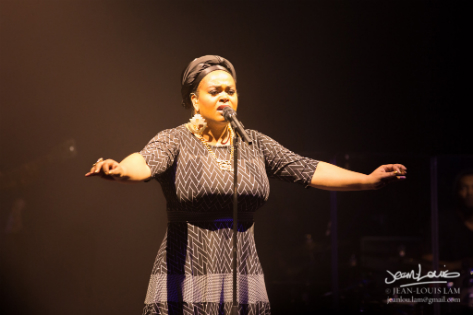 Moving through her catalogue of songs from her four studio albums, Scott's awe-inspiring stage presence was on display. She was commanding while being tender, honest while remaining professional and undeniably sexy without needing to remove a single piece of clothing from her voluptuous frame. That unabashedly sensual energy that has helped set Scott apart from other soul singers of the so-called neo-soul movement was front and center on "The Way" as saxophonist Mike Phillips performed a solo that sent Scott into a frenzy, which in turn sent the crowd into the same state and was understandable as Scott's energy is oh so intoxicating. The temperature sizzled as the band moved on to "So In Love," the Anthony Hamilton-assisted duet featured on her last album Light Of the Sun, with Hamilton's part being filled in by one of her honey-voiced backing vocalists, or as Scott so aptly referred to them, The Pipes. They had pipes, indeed; these boys could sing like nobody's business while performing '60s Motown boy band style dance moves and looking damn fine doing it all, too.

In a show overflowing with highlight-reel worthy moments, it would be easy to wax on and on about every intricate step taken by Scott and her immaculate band, but this review would be a few thousand words long in that case. One moment that did stand out was when Scott shared her perception of Australia and its differences to the States stating, "I love the fact that you don't have guns here" to cheers from the crowd. She then lamented over life's inevitable lemons and how stinky life can be as she moved into an a cappella-turned-candlelight version of "Quick." Yes, there were tears flowing all around at that point in the show.

It may have taken 13 years into her career for Scott to hit our shores, but it took only an hour and 30 minutes for her to leave a lasting impression on this Sydney crowd. Running through her hits before closing with "Golden" and "He Loves Me," JIll Scott oozed humility and charisma, along with a contagious smile, all of which left little doubt of how much of a divine artist and legendary soul singer of our time she is.