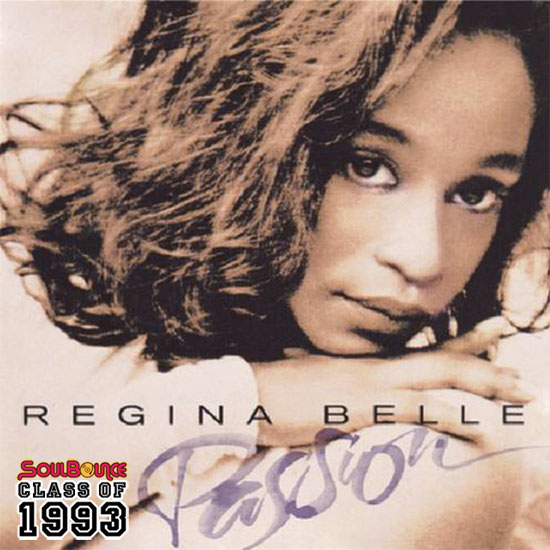 Regina Belle is amongst a handful of soulful R&B artists who mainstream success may have been short-lived, but turn on any quiet storm radio program across the country on any night of the week and you will hear her songs in heavy rotation -- which to many is the true sign that you've made it. The New Jersey-born songstress made her mark in 1987 with the release of her debut album All By Myself, buoyed by the singles "Show Me the Way" and "So Many Tears," to moderate chart success. Her sophomore set Stay With Me followed in 1989 and gave Belle her first #1 on the Billboard Top R&B/Hip-Hop Albums chart driven by hit singles "Baby Come To Me," "Make It Like It Was" and her duet with James "J.T." Taylor of Kool & The Gang fame on "All I Want Is Forever." But it was Regina Belle's 1993 album Passion that brought her the biggest hit album and record of her career and the accolades, awards and recognition that her talent so rightly deserved.

The four-year gap between Regina Belle's sophomore and junior albums wasn't all spent in the studio. During that time she married former NBA basketball player John Battle and began a family. Both personal milestones color the music found on Passion, which reflect a grown up and grounded Belle who was then a 24-year-old wife and mother. A track-by-track look at this album shows that she had something for the lover in us all.

Passion began with an "Interlude" that segued into the title track. "Passion" found Belle singing over a New Jack Swing-lite beat about how much she wanted to give and receive her partner's passion. Produced by Narada Michael Walden, this was the album's only misstep for no other reason than the desire to make Regina sound hip and happening for the times. There was really no need to do the Running Man to a Regina Belle song, but they tried it. The album got on track by the second track with the slinky "Quiet Time" uniting Belle with Barry White. This wasn't so much a duet as it was Barry White adding a few words here and a few words there in that deep voice of his to send hearts aflutter. Mr. White didn't have to do much to raise blood pressures or drop panties, and his addition here was a smart one to give the song some pizzazz.

The overarching theme of Passion was love, and Regina Belle was in it and brought love songs aplenty. "Do You Want To Get Serious," "The Deeper I Love," "Love" and "Heaven's Just A Whisper Away" all tackled the many facets of falling in love, locking that love down or letting love go. "Tango In Paris" was another upbeat song with a love theme also produced by Narada Michael Walden, but unlike "Passion" everything worked here -- Regina kept up with the song's pace and even Kool Moe Dee's rap sounded good and didn't too much.

Belle, whose previous albums were steeped in jazz, returned to the genre with a remake of the Billie Holiday jazz standard "My Man." Her rendition was a highlight of this collection.

The majority of the album may have been for lover's only, but the singles "If I Could" and "Dream In Color" and the album closer "One Love" had broader themes such as creating a better world and having love for humanity. Everything came together on the album's centerpiece "A Whole New World," which was Regina Belle's duet with Peabo Bryson from the animated film Aladdin that was previously released in 1992 on the movie's soundtrack. The Oscar and GRAMMY-winning song was the biggest pop hit of Regina Belle's career and pushed Passion to platinum. Belle and Bryson's award-winning duet even knocked Whitney Houston's record setter "I Will Always Love You" out of the top spot on the Billboard Hot 100. How's that for bragging rights?

Since Passion, Regina Belle has enjoyed a lengthy career -- most recently releasing her ninth studio album, the gospel collection Higher, in 2012. Today Belle is known as First Lady of New Shield of Faith Ministries in Atlanta where her husband of over 20 years is senior pastor. That love she sang about back in 1993 on Passion has endured as well as this album.