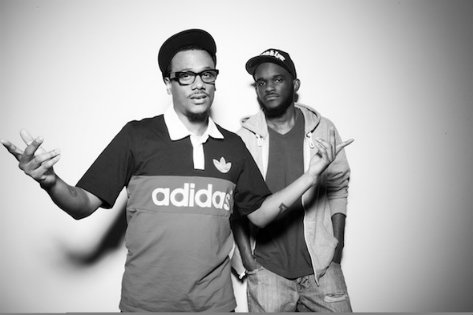 In the decade since they first formed, the guys of Tanya Morgan have proven themselves to be one of the most consistent hip-hop groups out today. Despite the fact that the trio eventually morphed into a duo, remaining members Donwill and Von Pea haven't missed a beat, especially with the latest song to come from their camp, "The Way Out." Any hip-hop fans who are wanting for more than what passes for rap music these days should be more than happy with this offering. Produced by Mikey Fresh, "The Way Out" is reminiscent of the hip-hop sound that pervaded the early '90s. And while Donwill's voice has always reminded me of a young Nas, he sounds even more like the hip-hop icon than ever before here. In the hands of less-talented artists, embarking on such a classic sound could end up sounding contrived and forced; however in Tanya Morgan's hands, it sounds organic and refreshing. The duo's highly-anticipated (and seemingly cursed) album, Rubber Souls, is now available on iTunes, Amazon and limited edition vinyl.