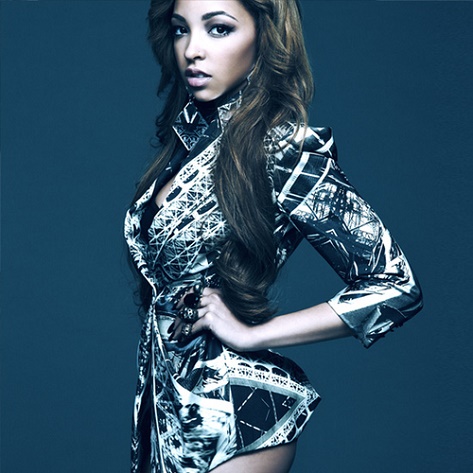 Singer-songwriter Tinashe has been bubbling under since dropping her mixtapes In Case We Die and Reverie in 2012. Now the Los Angeles native is set to return to the scene with her upcoming set Black Water and new track "Vulnerable." The spacey, alt-R&B number finds Tinashe's vocal weaving its way through dark and heavy synths and trap-like hi-hats as she offers to put on a sexy show for her paramour and commands him to keep his eyes on the prize. Her sultry dance is interrupted by rap newcomer Travi$ Scott, perhaps best known for his work on Kanye West's Yeezus, who delivers a grimy, seedy verse that fits well with the ominous vibe of the track. While this definitely won't be everyone's cup of Earl Grey, one can't deny that there's definitely something interesting about Tinashe. See what I mean when you stream the track right here.


TAGS:  audio, kanye west, Tinashe, Travi$ Scott
Previous: We Like The ‘Voices’ We Hear From Disclosure & Wookie Next: Shannon Sanders Has A Message In The Music In ‘Man Up’