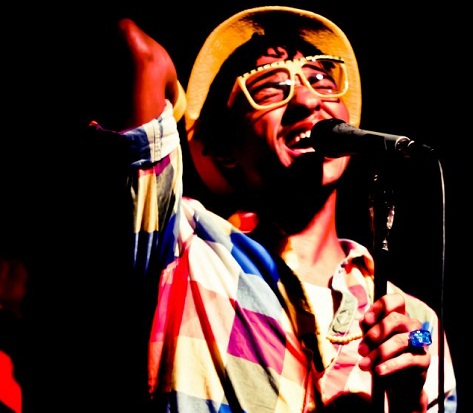 Who exactly is Ken? I don't know him personally, but he's the inspiration behind Durand Bernarr's latest track, "Ken Inspired This," and what Durand has to say on it is a bit of a doozy. Starting with over a minute of some of Durand's signature sweet harmonies, the track then gets down to business. What's revealed is a head-to-toe read of an unnamed person (though one might assume that it's the titular Ken, even if it's not made exactly clear). Whoever he's talking about, he gets them right together over bumping drums and hazy synth. "Who you portray and who you really are need to have a long talk with each other" he sings before suggesting that offender in question can "die a miserable death." Well damn, Durand, remind me not to get on your bad side. "Ken Inspired This" seems to be an outtake from Durand's Anxiety EP, and the singer is offering it up for free right now. If you're in the mood for scathing musical dress down, then this one is just for you.


TAGS:  audio, Durand Bernarr
Previous: Take A Listen To Sampha ‘In Session’ For BBCR1 Next: Bilal Tells Tales From The Road, His Love For Jazz & His Favorite Collaborations