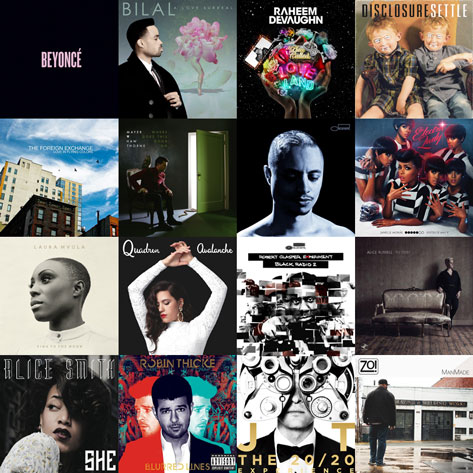 It's officially a wrap for 2013. Before we close the books on this year, however, in addition to tallying up the best songs of 2013, we also have to commemorate those albums that have given us so many priceless musical moments over the past 12 months. From January through December, we've been moved and grooved, impressed and entertained by more albums than we've even had time to listen to. But there have been those albums that have stood out from the pack and warranted repeated listens, heated discussions and glowing reviews from our staff of Editors. On this Hot 16 list of SoulBounce's Best Albums of 2013 you'll find everyone from superstars to SoulBounce faves well represented and running the genre gamut from soul, R&B, pop, jazz to house. In other words, these best album selections sound just like SoulBounce. Check out our picks for the 16 Best Albums of 2013, and come back on New Year's Eve to see which album takes home the honor of SoulBounce's Album of the Year.