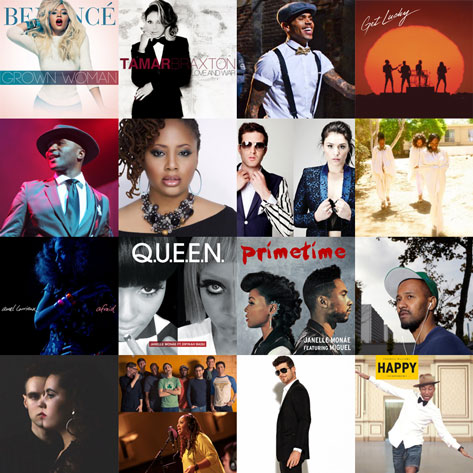 We don't know what it was about 2013, but it turned out to be one of the most prolific and strongest years for soul and R&B. We have been enamored by so many songs this year that when it came time to narrow down our list of favorites we had over 125 to choose from. Of that number, we somehow managed to whittle it down to this Hot 16 list of SoulBounce's Best Songs of 2013. On this list you'll find some across the board hits as well as some wild cards that we've fallen for hard here at SBHQ. As the credits roll on 2013, we're sad to see it go mostly because this was one hell of a juicy musical with a soundtrack that we'll be listening to for years to come. Read on for our selections for the 16 Best Songs of 2013, and return on New Year's Eve to find out what song is chosen as Song of the Year at SoulBounce Honors.