Kendra Morris Is ‘Winding’ Her Way Back 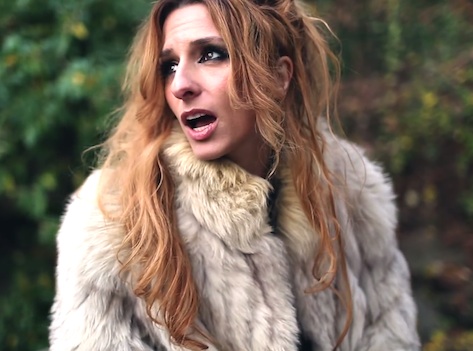 Kendra Morris' "Concrete Waves" hit us hard here at SoulBounce (as it would) way back in December 2011. Now, two years after her debut album Banshee and an album of covers, Mockingbird, Morris is back with a new single "Winding." To go alongside this release are two sets of visuals. The original video was released back in September 2013 and didn't receive the coverage it deserved at the time. Its stop motion animation bears a heavy Terry Gilliam influence and matches the song's slightly somber subject matter and Kendra's ethereal voice. It is striking, quirky and dark in equal measure, which makes for an arresting and memorable experience. The newest visual features the New York City-based songstress in Prospect Park performing the track live among the undergrowth and rocks for local art collective BKLYN 1834. Again this setting is perfect for the song -- the secluded and slightly furtive setting is a reflection of the subject matter where the "shadows are winning." Kendra's voice floats hauntingly throughout this delicately dark track, and it is good to have her back.
Center 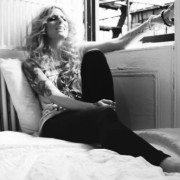 Kendra Morris Cuts Her ‘Teeth’ In The East Village 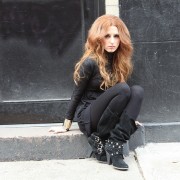 Kendra Morris Shows Some ‘Love’ To A Johnny Mathis Classic