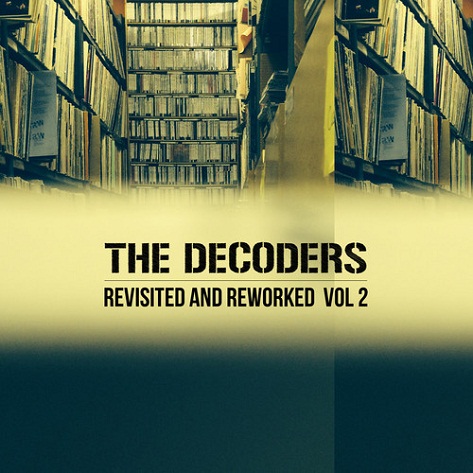 Los Angeles-based production trio The Decoders have brought us some of our favorite music this year, and before 2013 takes its last bow, the guys have once again blessed us with some musical gold. This time, however, they take a slight back seat and let a few new folks rework some of their more recent tunes. Consisting of remixes of four of their tracks (The Alex Isley remake of "What Cha' Gonna Do for Me," Raul Midón's take on "Strange Fruit," Noelle Scaggs' version of "Walk On By" and their cover of "I Am the Black Gold of the Sun"), the seven-track EP takes listeners on an aural journey as the tracks are flipped and blended in a bevy of different styles by producers like Jeremy Sole, Ohmega Watts and The Decoders' own Adam Berg. One of the more interesting flavors is David Burris' flip of "What Cha' Gonna Do for Me," which changes the island-tinged sound of the song into a dank, dark trap-style rumination. If you want to hear what else the set has to offer, we've got the SoundCloud stream right here. As well, The Decoders are offering this one up on their Bandcamp page on a name-your-price basis. So take a listen to the EP now and then, if so inclined, show the crew some monetary love.


TAGS:  Adam Berg, Alex Isley, audio, David Burris, Jeremy Sole, noelle scaggs, ohmega watts, raul midon, The Decoders
Previous: Pomo Does A Little Something With Sade’s ‘Nothing Can Come Between Us’ Next: ‘Why Can’t’ Ma$e Stay Away?