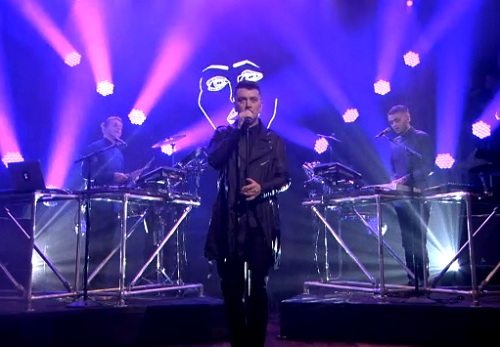 Ahead of their potential win this Sunday night at the 56th Annual GRAMMY Awards, Disclosure has been taking the states by storm with concerts and now television performances. Fresh off rocking with the one and only Mary J. Blige at an NYC concert, the Disclosure boys and Sam Smith made their American television debut on Late Night with Jimmy Fallon to perform their hit single "Latch." The Howard brothers flanked both sides of Smith on the Late Night stage with nearly identical setups (the only difference being that one brother had a keyboard while the other had a drum machine) as they performed the Settle standout. Sam Smith's voice soared and one of the brother's even provided unexpected back up during the chorus. The performance was a smash and a great introduction to Disclosure for those not in the know.  If you happened to miss the performance (as we all can't stay up to the wee hours), then check it out for yourself right now. 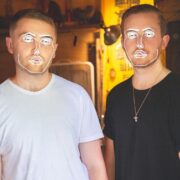