Eric Roberson’s ‘Anymore’ Has Us Ready For More 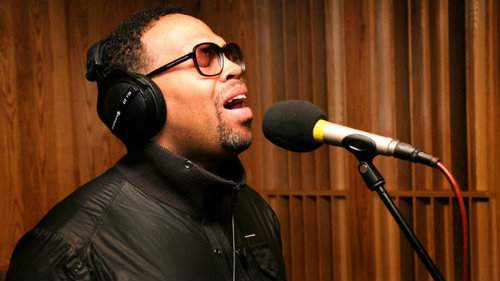 If the first few weeks of 2014 are any indication, then the music world is in for a great year thanks to a plethora of new projects slated for release. One of the projects recently announced is Eric Roberson’s latest, B-Sides, Features & Heartaches, due out on Dome Records. The 13-track album will feature previously unreleased singles, three new songs and features he did on other artists’ projects. Familiar tunes to appear on the album include Zo!’s “This Could Be The Night” and Full Crate & Mar’s “She Was Fly.” Meanwhile, one of the new songs include “Anymore,” which Roberson released via his SoundCloud page to give fans a taste of what’s to come. The song finds him lamenting a relationship gone awry, while also showcasing his rhyming skills. B-Sides, Features & Heartaches isn’t the only thing Roberson has in the pipeline; he also promises a new solo album, in addition to his joint project with Phonte due out in 2015. In the meantime, hit play to hear "Anymore" and peep the album's tracklist.