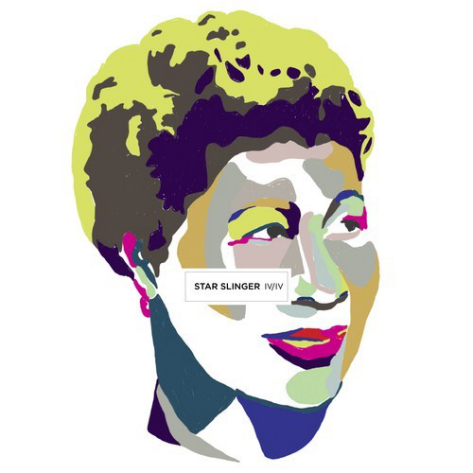 A snowstorm wasn't the only thing to breeze through Chicago on New Year's Eve. If you happened to be one of the lucky few who got to ring in the new year with Star Slinger at Chi-town's Beauty Bar, then you got to groove your way into 2014 in style. Right before 2013 bid us adieu, Star Slinger made good on his promise to drop the fourth and final installment of his epic IV series where he transformed tracks from some of his favorite divas with his funky re-edits. He flipped songs from Anita Baker, Erykah Badu and Sade and decided to end the series with Ella Fitzgerald on "IV/IV." This is probably the most unrecognizable of all four re-edits, as one could easily identify the singers and songs in Star Slinger's previous entries. "IV/IV" was a little trickier to pick up, but eventually it became clear that the source material was Ella's version of "Misty." After you've given "IV/IV" a spin and taken Ella for a twirl, be sure to download this and all for tracks in the IV series from Star Slinger's Facebook page for the price of a "Like."


TAGS:  audio, ella fitzgerald, Star Slinger
Previous: Pharrell Gets ‘Happy’ In This Beats By Dre Commercial Next: Quentin Harris’ ‘Purge’ Is Our Gain