Home I Was There, Pause For A Cause 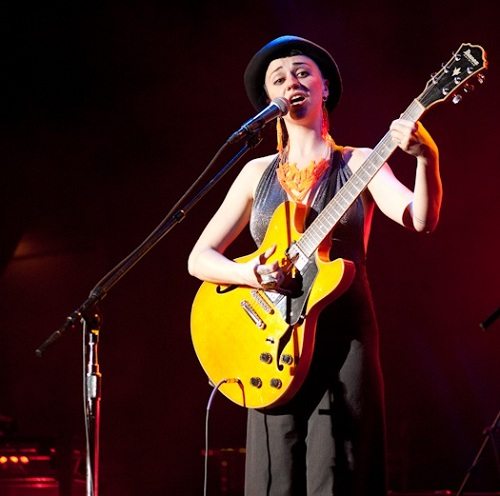 With all the televised hoopla, print and online media coverage, you might think that the only important event going on before the GRAMMYs is Clive Davis' annual pre-show party. And you'd be wrong. Yes, the event is a long-standing tradition, but there are far more events going on that are just as important. One such event is the annual MojaMoja Pre-GRAMMY Brunch and Benefit Concert, which, now in its sixth year, is becoming a GRAMMY weekend tradition itself.

One of the reasons for the event's continued success is because it keeps inviting a who's who of up and comers to the showcase -- alums of the event include Janelle Monáe, Flying Lotus, Little Dragon and others. This year was no exception as it boasted Hiatus Kaiyote, Kelela, Rhye, Irene Diaz and The Kin among its talented line up performing at Avalon Hollywood .

The day started with an inspired DJ set from Cut Chemist who got the brunchers in the mood with an eclectic mix of music. And then, just as attendees were sipping mimosas and noshing on French toast, The Kin surprised with an acoustic set in the middle of the crowd.

Irene Diaz, whose style could be best described as a mixture of Norah Jones and Fiona Apple, provided the crowd with a beautiful acoustic set filled with a quiet power. It was a direct contrast from the following act, Boogaloo Assassins, who were as brash and loud as they were talented. And then there was the set performed by Kelela. If your first introduction to Kelela was through her mixtape Cut 4 Me, full of electronic soundscapes, then her acoustic set with Tosin Abasi would've thrown you for a loop. With only the two of them onstage, It was quietly beautiful and quite moving.

Perhaps the most interesting part of the show, though, was when the ever-mysterious Rhye took the stage. After requesting that all lights be turned down as dim as possible and that no photography occurred during their set, the group took the stage to perform choice selections from their album Woman, transfixing the audience with their mellow melodies. The GRAMMY-nominated Hiatus Kaiyote ended the brunch on a high note cycling through more than a few selections from their Tawk Tomahawk, including the song that garnered their nomination, "Nakamarra."

As if the brunch itself wasn't enough, VIP attendees were treated to a special after-party which featured performances from Boom Boom Boom, Seu Jorge, The Hot 8 Brass Band and Mark de Clive Lowe and a DJ set from the one-and-only Questlove. All in all, it was a hot time in LA that brought out celebrities, fans and regular folks alike for an unforgettable time just before the weekend's main event.

But, as much as it's about the performers and festivities, it's also about the charities it benefits. International relief organization Oxfam America has always been aligned with The Moja Moja and this year they also added Potential Energy, which aids women in Darfur and other developing nations by giving them access to life-changing technologies like cookstoves. As actress Nadine Velasquez said when speaking with the audience as the event began, the brunch and concert was indeed a "party with a purpose."

The artists involved also felt the need to leverage their talents to give back to those in need. When asked about the musician's role in helping others, Nai Palm of Hiatus Kaiyote had this to say: "Whether you're directly contributing your service to charity or with your ability for people to come and experience this thing and feel something, it's our responsibility as artists."

Rising alt-R&B star Kelela shared similar sentiments. "It is beautiful when someone can do that and participate in something that's not about them, you know?" she said. "I think that's a healthy thing." 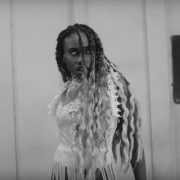 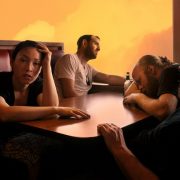 Little Dragon Returns To Give Us Some ‘Tongue Kissing’ & Announce Tour