Beyoncé Wants To Make You ‘Rise’ With Her New Fragrance 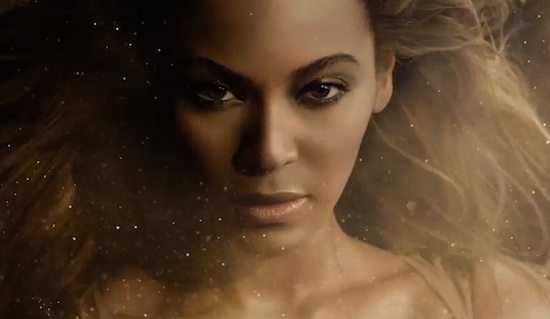 While she was busy recording a secret album, world touring and mothering Blue Ivy, Beyoncé somehow found time to formulate another perfume to add to her fragrance collection. OK, so maybe she's not the one in the lab mixing things up, but that's neither here nor there. Her line of Beyoncé Parfums is doing quite well for itself and is now eight perfumes deep with the introduction of her latest scent, Rise. The new perfume features notes of apricot, iced basil sorbet and orchid and is housed in a tall, slim clear bottle with a gold cap that resembles a skyline filled with skyscrapers of varying heights.

In true Beyoncé fashion, the release of Rise is an event complete with a social media blitz and a fabulous commercial to promote the fragrance. In the 30-second ad spot, Yoncé rises like a phoenix from a plume of golden smoke and glitter, her hair blowing in the wind . "You can let yourself disappear, or you can stir things up," she says. "Never settle. Shake loose. Embrace the elements. Because from now on, you will always rise." These words sound like a song waiting to be sung or at least a great set of platitudes for Pinterest or Instagram. Whatever the case, Mrs. Carter is continuing her unstoppable ascent.


TAGS:  beyoncé, Blue Ivy
Previous: Cyril Hahn & Javeon Are ‘Breaking’ Through Next: Miguel Is Only Looking For The ‘Simplethings’