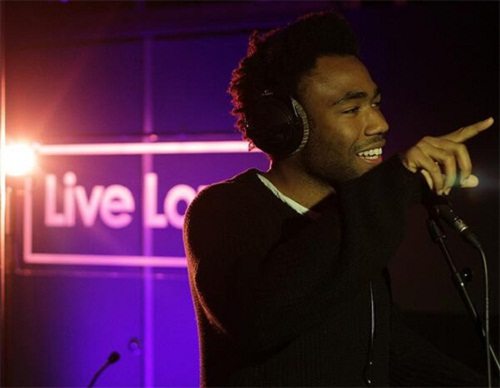 Donald Glover aka rapper Childish Gambino is known for his acting, rapping and comedy chops, but who know that the boy could sing, too? He did just that when he stopped by BBC 1Xtra's Live Lounge to perform a cover of P.M. Dawn's 1992 hit "I'd Die Without You." Though at times his pitch was a little less than perfect, we must say that he did a pretty good job overall, even if he didn't stray too far from the source material. The childish one also saw fit to bless us with a stripped down version of his own "3005" during his visit, adding a little depth and emotion to the Because the Internet track. Of course, what we think of  Gambino's take on "I'd Die Without You" is not the end-all-be-all. So, what do you say?

Are you willing to let this cover live or should it die a horrible death? Take a peek at the video right now to decide and then stick around to listen to the acoustic version of "3005." [H/T: 2DBZ]


TAGS:  audio, childish gambino, Donald Glover", P.M. Dawn"
Previous: Kelela Gives Us A ‘High’ We Won’t Soon Forget Next: Sam Sparro & Durand Bernarr Give Us Something To ‘Hang On 2’