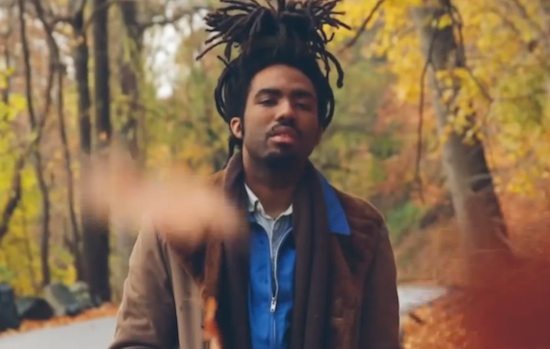 Not much can be said about the enigmatic collective of artists that make up The Trp. On their website, they describe themselves as "a mysterious trio bringing you sound waves transcending this dimensions..." And they're right. Their anonymity forces the listener to simply focus on their music and so far, their refreshing sound has received quite a bit of accolades across the music sphere. The Trp's forthcoming album, YAHUDA, is a collaborative concept album with artist Michael Tousana who is featured in the visual for their second single, "Catching Fire," which is beautifully shot by photographer Anthony Blue. If "Catching Fire" is any hint of the music to come, The Trp and Michael Tousana's YAHUDA will definitely be on our radar. Listen to a preview of their album on SoundCloud now and hear for yourself why we're so enamored.

The Trp [Official][Twitter][SoundCloud][YouTube]
TAGS:  Anthony Blue, Michael Tousana, The Trp
Previous: We Can’t Get ‘Nuff’ Of Royce Wood Junior’s New Single Next: Maxine Ashley Shows Us What Her ‘Perpetual Nights’ Look Like